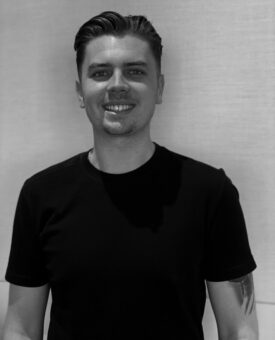 Charlie is a film production graduate with as equal a love for sound as he does film. He was inspired by the soundtrack and sound design for films such as Goodfellas and Back to the Future due to the unique scope of music and FX.

Charlie DJ’s in his spare time and hosted live music fundraising events in his University town of Portsmouth. His passion for electronic music goes hand in hand with his love for sound design.

Charlie was attracted to a career in sound post-production due to the creative opportunities it offers. Since joining in January 2021, he has hit the ground running, learning how to schedule ADR for some very exciting productions including Vigil and BBC comedy Flatmates.