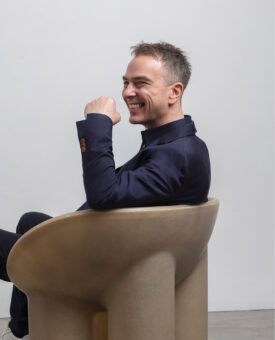 In his teens, Gary spent all of his available cash on synths and samplers. Never having any intention of being a musician or joining a band, the appeal was purely to play with sounds. This naturally lead to an interest in the recording studio, but access was somewhat limited. A couple of years into his mechanical engineering degree he switched to sound engineering at SSR in Manchester. Two years later, he found himself handing Thierry Henry a coffee at GCRS.

As chief engineer, as well as a talented sound designer, he mentors and trains junior engineers to ensure the incredibly high standards of the business and the work produced are maintained.

His own sound design work is impressive and wide ranging, having worked with all of the major advertising agencies across brands such as Adidas, BT, Jaguar, Ford, Warburtons, DHL and Heineken.