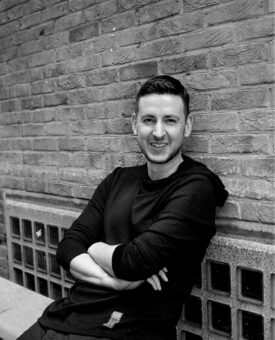 Tom’s foray into sound started in his teens when he would install car stereos for friends and found a love for DJ’ing. During his time at the University of Southampton he produced the sound for hundreds of nights from student union parties to strip clubs.

His big break in post-production came when he created the sound design for the NSPCC’s Childline campaign “It Follows Me Around,” a powerful piece of work that picked up many awards, including two gold British Arrows and a Cannes Lion, and propelled Tom onto the international stage. Since then, Tom’s career has gone from strength to strength, working with brands such as EA Games, Mercedes, Warburtons, Amazon and Sky Cinema on various TV, cinema and online/social campaigns.

When Tom isn’t in the studio he can be found riding his bicycle to Istanbul, all 4,500km of it, recording atmospheres on the way.